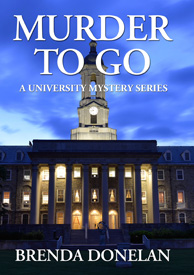 Murder to Go
On the second day of a week-long class trip, a body is discovered in a motel room. Criminology Professor Marlee McCabe struggles to continue the tour of prisons and juvenile correctional facilities while uncovering the truth behind the life and death of the victim. As she protects her students from harm, Marlee begins to suspect the killer has ties to her university. What steps will the murderer take to hide the truth and prevent Marlee from revealing it?
Murder to Go is the third book in the University Mystery Series. 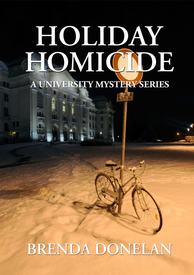 Holiday Homicide
﻿ Criminology professor Marlee McCabe is thrust into a criminal investigation when a janitor is murdered at Midwestern State University. Marlee's sleuthing﻿ leads her to the Lake Traverse Indian Reservation and into ﻿the dangerous underworld of trafficking Native American artifacts and sacred cultural items. Those involved are not afraid to use threats, violence, and even murder to keep their secrets buried. What will they do to keep Marlee from exposing the truth?
Holiday Homicide is the second book in the University Mystery Series.﻿ ﻿ 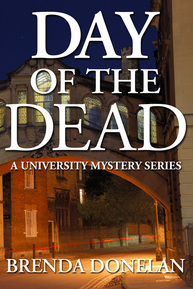 ﻿﻿Day ﻿of ﻿the ﻿﻿Dead﻿﻿﻿﻿
When a college professor is found dead on campus, rumors and innuendo begin to swirl at Midwestern State University. The police department and the university are mysteriously secretive about the professor's background and the ongoing investigation. Marlee McCabe, a professor of Criminology, is unwittingly pulled into the investigation leading her to question the integrity of the police department and her unive﻿rsity. Desp﻿ite warnings, Marlee uncovers information on the profes﻿sor's de﻿ath, making her the next target of someone who has nothing left to lose.
Day of the Dead ﻿﻿is the first book in the University Mystery Series.
TO BUY FROM AMAZON:
To purchase Day of the Dead, Holiday Homicide, Murder to Go and Art of Deception, click on the buttons below. You will be linked directly to Amazon where you may purchase either book as an ebook or as a paperback.
Day of the dead
Holiday Homicide
Murder To Go
Art of Deception
​